“HCDE was recently awarded more than $4 million in Early Head Start-Child Care Partnership and Early Head Start Expansion in grants from the U.S. Department of Health and Human Services as a result of a proposal that I wrote,” said Pipkins Kamaya. “My baby girl knew how important this grant was to me, so she waited until after I hit the ‘submit’ button to make her debut. She started making her way that night and was born the next day, September 22, 2020, which is also my birthday. What an awesome gift!” 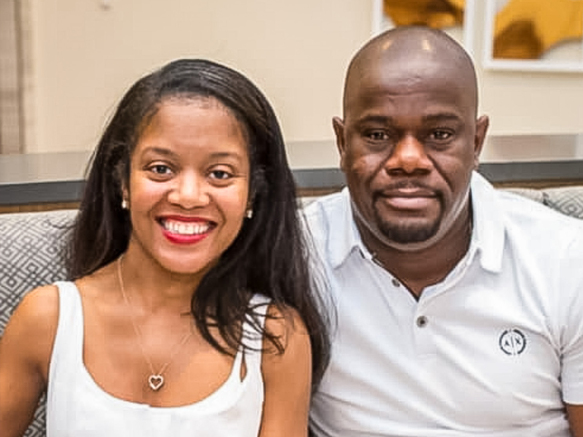 For over 11 years, Pipkins Kamaya has been a key member of the Center for Grants Development, working to secure funding for nine HCDE divisions, surrounding school districts, and local nonprofits. For the Gretna, Louisiana native, grant writing is ingrained into her sense of community – though it wasn’t always a clear path.

While attending Xavier University to pursue a degree in political science, Pipkins Kamaya planned on becoming an attorney in environmental law.

“My dad has been the president of our neighborhood watch association in Gretna since the beginning of time,” Pipkins Kamaya said jokingly. “He would organize community cleanups in areas that needed it. I learned about how littering affects a community – its perception, how the people in that community feel about where they live, how other people treat that community, and how neighborhoods with this issue obtain funding to address the problem. That was a big thing that my dad instilled in me: waking up on Saturday mornings to go clean up the neighborhood and serve my community.”

While learning about nonprofit fundraising through American Humanics (now called the Nonprofit Leadership Alliance) at Xavier, she earned the opportunity to intern for the Deep South Center for Environmental Justice, a nonprofit that helps families living in neighborhoods near superfund sites. As an intern, she was tasked with writing a grant proposal for a cleanup project in one of the affected communities.

“We were awarded the grant, and it really sparked something in me. I thought, ‘this is it!’” Pipkins Kamaya said. “I was no longer interested in sitting in a stuffy courtroom. I wanted to be in the office advocating for others through my grant writing. It was a no-brainer for me. I enjoyed writing and writing about issues that could be addressed with proper funding really excited me. It still does. The feeling I get knowing that there are people who will benefit from my work is just amazing.”

Pipkins Kamaya has been instrumental in growing the Center for Grants Development and is credited for securing the 2014 grant that started the first Early Head Start programs at HCDE.

“HCDE is very fortunate to have Sharvon as an employee,” said Gayla Rawlinson Maynard, Director of the Center for Grants Development. “She is a shining light; someone who is dependable, loyal, and a self-starter. Sharvon works well with other people and has a fantastic ability to capture the clients’ real needs. She’s contributed to our ability to raise $23 million during the first three months of the current fiscal year.”

Pipkins Kamaya, who undoubtedly uses the power of the pen to serve others, “pays it forward” by sharing her passion. She offers grant writing workshops hosted by HCDE that are open to the public. To learn more about these workshops, contact Sharvon Pipkins Kamaya at 713-696-3106 or spipkins@hcde-texas.org.